Four beaches in north Dublin have been closed for swimming on the hottest weekend of the year so far because of suspected sewage pollution.

Swimming at beaches at Rush, Balbriggan, Skerries and Loughshinny has been banned for 72 hours because of a deterioration in the quality of the water. This is believed to have been due to a “suspected sewage discharge” from a waste water treatment plant, according to the local council.

A warning about the beach closures was issued to local councillors by Garry O’Brien of the Environment Department of Fingal County Council. “Pumps at the foul sewer pumping station at Hampton Cove, Balbriggan, failed on Saturday June 4 and the pump station has been on overflow for a period of time,” he said. “This action is being taken to ensure we are not compromising the health of bathers. “Loughshinny Beach and Rush North Beach were closed after inspections revealed a “significant amount” of matter, including sanitary towels , had washed up on the shores.

Fingal Councillor Grainne Maguire said: “It’s very serious because it stretches from Balbriggan all the way to Rush. It’s a huge issue.” Councillor JP Browne said it was “a real shame” and that Fingal County Council and Irish Water were working together to solve the problem. “It’s very disappointing and will have a huge affect on Fingal’s tourism.” 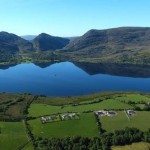 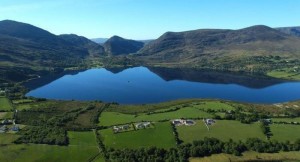 We use cookies on our website to give you the most relevant experience by remembering your preferences and repeat visits. By clicking “ACCEPT ALL”, you consent to the use of ALL the cookies. However, you may visit "Cookie Settings" to provide a controlled consent.
Cookie SettingsREJECT ALLACCEPT ALL
MANAGE CONSENT

This website uses cookies to improve your experience while you navigate through the website. Out of these, the cookies that are categorized as necessary are stored on your browser as they are essential for the working of basic functionalities of the website. We also use third-party cookies that help us analyze and understand how you use this website. These cookies will be stored in your browser only with your consent. You also have the option to opt-out of these cookies. But opting out of some of these cookies may affect your browsing experience.
Necessary Always Enabled

Performance cookies are used to understand and analyze the key performance indexes of the website which helps in delivering a better user experience for the visitors.

Analytical cookies are used to understand how visitors interact with the website. These cookies help provide information on metrics the number of visitors, bounce rate, traffic source, etc.

Advertisement cookies are used to provide visitors with relevant ads and marketing campaigns. These cookies track visitors across websites and collect information to provide customized ads.

Other uncategorized cookies are those that are being analyzed and have not been classified into a category as yet.